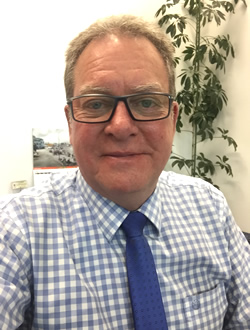 For nigh on a decade, the Barbarians have been closely aligned, financially as well as spiritually, with schools rugby.

Most often the main point of contact with the NZ Schools Rugby Council has been chairman Garry Chronican of Dunedin, now a proud member of the club as of last year.

The 60-year-old is steeped in the game, a midfielder for the Dunedin club, Otago Colts and Otago B. From 1986-95 he coached the Kaikorai Valley High School First XV, winning the Under 18 comp in 1987. In the same period he coached or managed various Otago Schools and U18 teams.

His contact with the Barbarians has proven mutually beneficial for both parties.

“I have loved every involvement with the Barbarians club. From the very first approach to that very fine gentleman Mike Cormack and all subsequent Barbarians members it has been a pleasure to meet and work alongside ‘can do’ people who share our NZ Schools values. Even the seemingly ‘off-the-wall’ suggestion of a NZ Barbarians Schools team several years ago was met with enthusiasm and a strong desire to make it work,” says Chronican.

The advent of the NZ Barbarians Schools in 2012 has been of “massive benefit” to both NZ Schools and NZ Rugby, with the side fashioning an enviable record and having produced its first All Black in Damian McKenzie.

“NZ Rugby are fully committed to this model of a NZ Schools and NZ Barbarians team as a vital step in high performance player development. Players are equally proud to represent either NZ Schools or NZ Barbarians Schools – a major positive. The Barbarians team also allows for us to provide diversity with our annual international test series,” he adds.

Chronican, along with long-time schools administrators Gerry Davidson and Martin Isberg, was inducted as a Barbarian in 2017. All of the trio are humbled and proud to be part of the club. They love the clubrooms and Chronican says he can feel a road-trip coming on soon to partake of the hospitality.

In the meantime, other than being up to his eyeballs in schools rugby work, and onto his third year on the Otago Rugby Union board, Chronican can be found at Forsyth Barr Stadium supporting either the Highlanders or the Otago Razorbacks, for whom he has high hopes under the guidance of new coach Ben Herring in the Mitre 10 Cup.

After many years teaching and coaching sport at Kaikorai Valley High School, he has a new role as academic manager of the University of Otago Foundation Studies programme. Happily, his office is adjacent to the stadium.