General information:
Bryan Craies is a long-standing member of the NZ Barbarians Rugby Club and has been instrumental in promoting and developing Barbarians middleweight or Under 85kg rugby. Through Bryan’s efforts and support, a middleweight 20/20 representative tournament has been in place since 2010 with teams entered from Auckland, North Harbour, Thames Valley, Waikato and in 2012 Wellington joined the tournament. Bryan has overseen the selection of an NZ Barbarians middleweight representative team who have played New South Wales and Wellington in recent years.

Tournament date and kickoff times:
*The tournament will be held on Saturday March 15.
*Kickoff times will be at 12.00pm and 1.00pm. Matches will be played on Harvey Wright Fields 1 and 2.

Structure – match duration and points:
*Games will be 20 minutes each way with a five minute break (the referee will be the sole judge of time).
*As these are pre-season fixtures rolling substitutions will be permitted (maximum of 8 subs).
*Teams will play a one week competition (there will be no final). The team with the most points at the end of play will be the winner of the Bryan Craies U85kg Cup. If teams are equal on points, the team which has the highest difference of points ‘for’ minus points ‘against’ shall be the winner.
*If a team cannot be fielded due to retirements, then the next ‘best’ team (teams which finished third in their competitions i.e. from Auckland (Ponsonby) and from North Harbour (Marist) will be invited to partake in the tournament.

Tournament contacts are Kieran Jones (021-378-780) and Deano Allnutt (027-488-8351). Please do not hesitate to contact them if any further information or clarification is required. 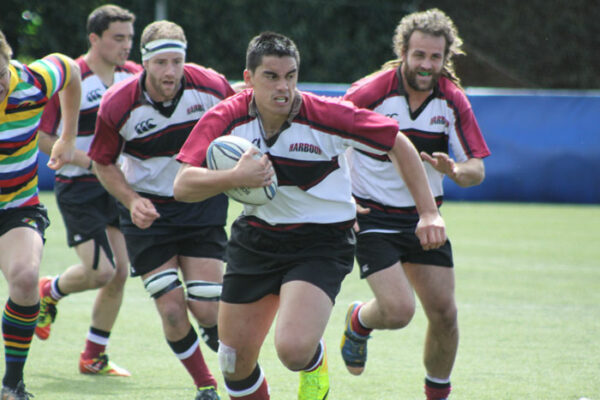 North Harbour on the attack during its 10-22 defeat to the Wellington Centurions. Photo courtesy of Pania Gifford 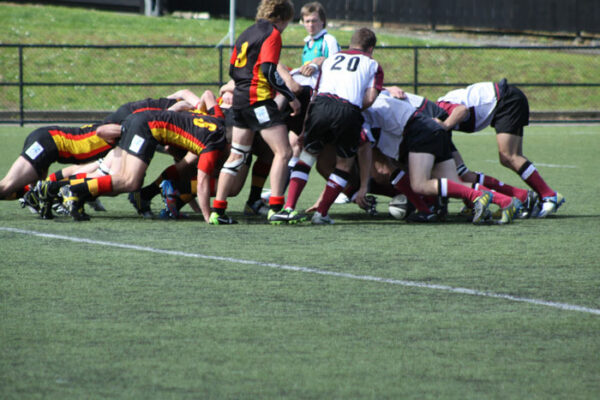